In Maresmar we always want to have the best resources and facilities in order to offer our customers the greatest products with the highest quality. For this reason, we have decided to grow and acquire a new industrial unit located in Mercabarna.

Currently, our company operates from the large Mercabarna market in Barcelona, so the purchasing of a new warehouse in this area will increase the efficiency and management of the company.

Why should our facilities be expanded?

Our company has increased its sales during the last decade by 33%. In Maresmar’s turnover of 2018 the increase of American or Canadian lobster’s sales were highlighted, even we have all kinds of fish and shellfish. The distribution of our company’s products is focused on the hotel and wholesale trade distribution sectors.

Due to the sales increase because of the turnover growth, in Maresmar we have decided to expand our facilities. We currently had a 3,500 square meter industrial unit and as we didn’t have enough capacity, we had to frequently rent additional storage spaces to third parties.

From Maresmar we were aware that our company needed more space in order to keep maintaining the organization effectiveness of the company as it has been up to now. Consequently, as soon as the new facility of 2,500 square meters, offered by Mercabarna, was raffled, we didn’t hesitate on trying to get it. The best part?  We achieved it and winning the contest, the Mercabarna industrial unit has become a part of the Maresmar’s properties for the next 40 years.

The warehouse is located in a spot near the Maresmar’s main headquarter, so due to the proximity with the current industrial unit and the need for increasing our facilities, it’s going to be a good opportunity to grow.

“With this purchase we guarantee our future projects,” said Jordi Cubells, founder and director of Maresmar for “La Expansión” newspaper. With it, Cubells wanted to leave proof that for the company is very important to have the necessary space to carry out their labour as are leaders in the fish and shellfish sector.

Which functions will have the new industry unit?

The new Maresmar’s industrial unit, located in Mercabarna will be used to transfer and expand the current shellfish bar and transform it into a new own storage area source.

Transfer and expand the frozen commercial team which will help to improve frozen division sells. Nowadays these offices are located in a third parity premise because by the time, as we have previously explained, Maresmar didn’t count with enough space in its main headquarter.

This new space will help Maresmar to keep growing and guarantee new future projects for the company, as could be the selling of a new range of fresh products. 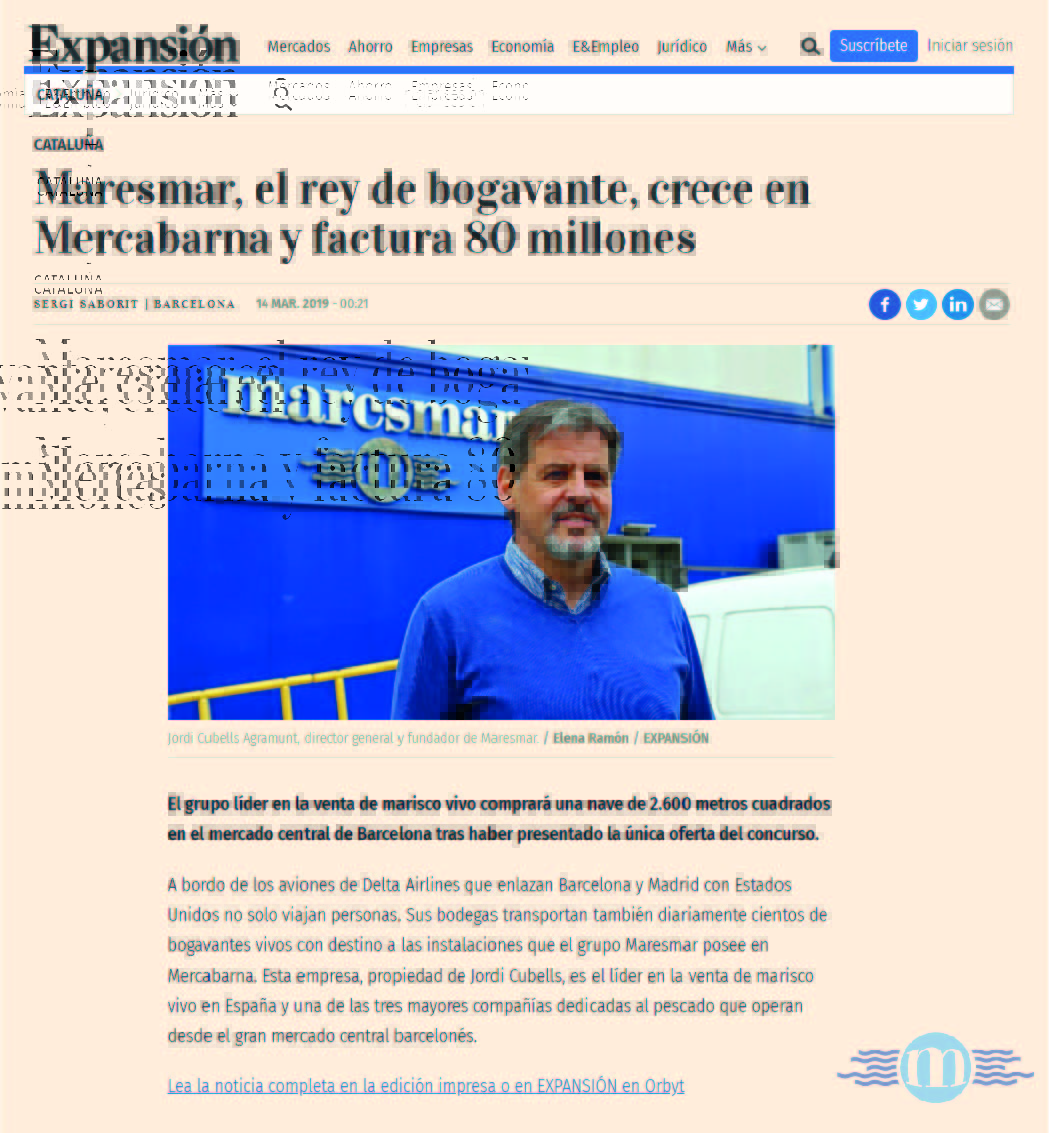